Well, this is actually kind of sad. This will be my last post here at the old blogspot. I've copied most of my stuff over to my new digs, but this site will stay up as an archive. And I put up the old header again since that's what it was for most of the time over here. On the new site I figure I should try and match my url.

Join me at my new website here. Not that hard. Just drop the blogspot. :-)

The AP Issues a Blistering Fact-Check of Obama's Speech

I do believe I'm grinning. So awesome to see the media do their job for once. AP:

Here is a look at some of Obama's assertions in his address to the nation Monday, and how they compare with the facts:

OBAMA: Seeking to justify military intervention, the president said the U.S. has "an important strategic interest in preventing Gadhafi from overrunning those who oppose him. A massacre would have driven thousands of additional refugees across Libya's borders, putting enormous strains on the peaceful - yet fragile - transitions in Egypt and Tunisia." He added: "I am convinced that a failure to act in Libya would have carried a far greater price for America."

THE FACTS: Obama did not wait to make that case to Congress, despite his past statements that presidents should get congressional authorization before taking the country to war, absent a threat to the nation that cannot wait.

"The president does not have the power under the Constitution to unilaterally authorize a military attack in a situation that does not involve stopping an actual or imminent threat to the nation," he told The Boston Globe in 2007 in his presidential campaign. "History has shown us time and again ... that military action is most successful when it is authorized and supported by the legislative branch."

Obama's defense secretary, Robert Gates, said Sunday that the crisis in Libya "was not a vital national interest to the United States, but it was an interest."

OBAMA: "And tonight, I can report that we have stopped Gadhafi's deadly advance."

THE FACTS: The weeklong international barrage has disabled Libya's air defenses, communications networks and supply chains. But Gadhafi's ground forces remain a potent threat to the rebels and civilians, according to U.S. military officials.

Army Gen. Carter Ham, the top American officer overseeing the mission, told The New York Times on Monday that "the regime still overmatches opposition forces militarily. The regime possesses the capability to roll them back very quickly. Coalition air power is the major reason that has not happened."

Only small numbers of Gadhafi's troops have defected to the opposition, Ham said.

At the Pentagon, Vice Adm. William Gortney, staff director for the Joint Chiefs, said the rebels are not well organized. "It is not a very robust organization," he said. "So any gain that they make is tenuous based on that."

OBAMA: "Some nations may be able to turn a blind eye to atrocities in other countries. The United States of America is different. And as president, I refused to wait for the images of slaughter and mass graves before taking action."

THE FACTS: Mass violence against civilians has also been escalating elsewhere, without any U.S. military intervention anticipated.

More than 1 million people have fled the Ivory Coast, where the U.N. says forces loyal to the incumbent leader, Laurent Gbagbo, have used heavy weapons against the population and more than 460 killings have been confirmed of supporters of the internationally recognized president, Alassane Ouattara.

The Obama administration says Gbagbo and Gadhafi have both lost their legitimacy to rule. But only one is under attack from the U.S.

Presidents typically pick their fights according to the crisis and circumstances at hand, not any consistent doctrine about when to use force in one place and not another. They have been criticized for doing so — by Obama himself.

In his pre-presidential book "The Audacity of Hope," Obama said the U.S. will lack international legitimacy if it intervenes militarily "without a well-articulated strategy that the public supports and the world understands."

He questioned: "Why invade Iraq and not North Korea or Burma? Why intervene in Bosnia and not Darfur?"

Now, such questions are coming at him.

Malia Litman Thinks Someone (Palin) Paid Me to Make a Video 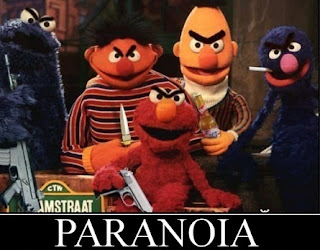 These videos demonstrate the fraud that was intentionally created and promoted by the Palin.

This Video, “Happy Anniversary Todd and Sarah” demonstrated the attempt to create the impression of a perfect couple. I guess that “fire in her belly to serve Alaska” burned out??!!!

These videos reveal the original impression created by the National Enquirer Story that was quashed by the fraudulent and misleading Press Release of the APD.

I'm not sure what she's trying to say here. "Palin" is kinda left hanging. Did she mean "Palin supporters" (she'd probably say "cult") or "the Palins"? Or maybe there's a strange creature known as "the Palin" that I just don't know about.

However, from the comments, I'm thinking she meant the Palins themselves were behind it:

I made that video, what, two years ago? Almost. The Palin's anniversary was coming up and someone in the comments at C4P said that someone should make a video with "You're Still the One" as the music bed. I thought it was a good idea, and this was my attempt:

If Palin paid for that she should get her money back. Saaaappy. Still, I like it. Of course there are some things I would change now. Never completely satisfied with a project. There's also a link right to this blog in the video description. Wouldn't have taken that much detective work to figure out where it came from.

But in Malia's brain, a fan video (made by me) was all part of Palin's evil plan to make it look like she has a happy marriage, when in reality, she and Todd hate each other!!!!

For the record, the video cost nothing. All it took was a song, a Google image search, and Windows Movie Maker. But I certainly wouldn't turn down a few bucks. C'mon Sarah, where's my check? ;-)

This is my reward:

Or Mullah, random guy with an opinion, whatever you are:

When he starts talking down to her, don't you just want to kick him in the balls?

Oh, brother. A disturbing version of "Camptown Ladies" is now playing in my head.

"Kick the cleric in the balls,

WND posted a story yesterday that has since been picked up by various places, including the American Thinker. (At least, I think that's how it started. WND is the first place I saw it. Too lazy to look it up further.) The proverbial "nail in the coffin."

"Ayers admits that he wrote Dreams from my Father!"

I don't know about you, but to me, that was a joke. He was mocking the accusation that he wrote the book. The American Thinker describes it as -

Bill Ayers volunteered that yes indeed he had written the acclaimed Barack Obama memoir, Dreams from My Father....

Not surprisingly, Ayers retreated into irony as he ended the session. "Yeah, yeah," he said after confirming again that he wrote Dreams, "And if you help me prove it, I'll split the royalties with you. Thank you very much."

With his final comment, the Ayers-friendly audience laughed in relief.  The media will laugh nervously upon seeing the video as well.  The White House will not.

Um, no. The straight-face part was to set up the funny part, which he then delivered. Full joke.

Maybe American Thinker is right and this was a shot over Obama's bow:

As was obvious in his speech at Montclair, Ayers does not like the application of force in Libya, and this may have been his own way of retaliating.  Consider it a shot across Obama's bow.  The White House will.

It just doesn't look like that to me. But hey, I could be wrong.

Did Ayers write Dreams from my Father? I don't know. Don't really care which fruity guy wrote the fruity book. Although I fail to understand why the guy who bombed government buildings is allowed into a classroom. Why is he not in jail for the rest of his natural life?

June 1974, the Weather Underground released a 151-page volume titled Prairie Fire, which stated: "We are a guerrilla organization [...] We are communist women and men underground in the United States [...]"