Sarah Puts Down the Baby and Passes the Ball 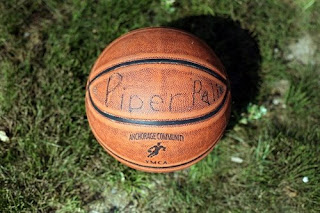 "Let me go back to a comfortable analogy for me - sports. Basketball. I use it because you're naive if you don't see the national full-court press picking away right now." - from Governor Palin's resignation announcement.
I want to post a few things, although I'll probably only get through one today. First, an explanation and a some analogies of Sarah Palin's decision to take this step. Second, a tribute to the door that's being closed. Third, a look to the door that's being opened.
1. THE DECISION.

A "full court press" was coming down on Sarah Palin, I believe, from higher up the food chain. Her continuous references to "The Thumpin'" and her knowledge of Saul Alinsky's "Rules for Radicals" shows that she too believes it was coming from higher up.

After the election she went back to be the Governor of Alaska and at the same time expected to be able to exercise her right to free speech to weigh in on the issues now and then. When she got home, the legislature had turned on her and the local press was arguably worse than the national press. The entire game had changed. But she's tough; she could deal with that.

Then, she did an interview in her office with Greta van Susteren, and she got slapped with an ethics complaint. It was dismissed, but she shelled out a few thousand dollars to defend herself. Ethics complaints soon started coming out of the woodwork.

Every time she opened her mouth or tried to go somewhere she risked paying tens of thousands of dollars for the ethics complaints that were surely coming.

It was about getting her to not do anything on the national stage that could be a threat to Obama and it was an attempt to break her financially. Within the system, there was nothing she could do about it. Like she said, there's no penalty or cost for them to waste time and money. They're going to just keep on doing it.

She was getting the business of Alaska done the best she could, but much of her time and her staff's time was taken up with frivolous lawsuits and FOIA requests.

And by the way, the FOIA requests weren't all for a day or a specific communique between two individuals, some of them were for all emails sent for a period of months. That's alot of emails. Not to mention you probably have to have them all read and reviewed to make sure nothing in there is confidential.

They had her cornered and her staff was feeling the wear and tear probably more than she was. And every time she wanted to travel, she practically had to crawl on her hands and knees for permission, and then she got slapped with ethics complaints for traveling anyway.

Before she did or said anything she had to consider her pocketbook first: "I could go here and do this, but it will probably cost me $20,000." She's not rich. She's middle class with five kids and one grandkid. There's alot of expenses there.

Personally, the expenses didn't matter so much though. Through the legal defense fund and other avenues (like her book) she could have dealt with the debt. But it was ridiculous that the state should have to suffer for really what boiled down to people having a problem with her. There was an agenda against her from a foe that she could not fight from behind the Governor's desk, and the people of Alaska were getting hurt in the process.
Not to mention Governor Palin's obvious desire to see somebody take up the mantle of defending what Obama is destroying was being frustrated since nobody seemed willing to do it. So, she finally decided that she was just going to have to do it herself.

Governor Palin did not promise to serve any certain amount of time. She promised to serve. When it became impossible for her to do so, she "passed the ball" to Parnell because she was rendered ineffective by forces she could not fight from where she was at the time. She can serve better now in another capacity.
2. TWO ANALOGIES: THE POINT GUARD AND THE MAMA GRIZZLY

One analogy to explain Sarah's decision is that of a Mama Grizzly. In her Inauguration speech, Palin said that she would look out for the state like a Mama Grizzly protecting her young.

Think of it like this: She's holding and taking care of a baby called "Alaska," and some thug comes up and starts picking on her. The thug doesn't care about the baby, he wants to mess with her. The attacks get more and more fierce, but she can't fight back because she's holding the baby, and the baby is in danger of getting hurt.

What's the best course of action? Keep holding onto and shielding the baby as best she can, knowing that inevitably the attacks will get her and harm the child in the process? Or should she hand the baby to someone else who is equally as concerned for the child's welfare, pick up a brick instead, and bean the thug on the side of his head? I'd vote for the latter.

She had to put down the baby before she could pick up the sword. She is now taking the fight to its source.

The analogy that Sarah herself used is that of a Point Guard.

Imagine Palin on the court with the ball and every member of the opposing team surrounding her trying to get the ball away from her. She can still hold on to the ball because she's good at this game, but there's no way she can make any forward progress down the court.

"I love Alaska too much to scratch and claw my way to hold onto the title of governor when I know it is best to continue to make progress with the same Cabinet members and the same agenda, but under the leadership of (Lt. Gov.) Sean Parnell."

Now, you can agree or disagree that she could have still gotten stuff done, but we can't see behind the closed doors of the daily business of governing to know how her staff and those around her were or weren't coping with the ridiculous FOIA requests and extra stupid work they had to do in addition to trying to get work done for the state.

She loves Alaska. She wouldn't have done this if she didn't think it was the right thing to do for the state and for America. After her announcement, she said this in her Facebook letter:

"How sad that Washington and the media will never understand; it’s about country."

Sarah Palin is thinking about the team, not herself. She has also stated that she believes every politician to be replaceable. So much for the narcissistic Palin many in the media would like us to buy into. The point isn't that Sarah Palin makes the shot, but that the shot gets made. She puts the mission over her own personal gain. She concludes her basketball analogy:

"A good point guard drives through a full-court press, protecting the ball, keeping her eye on the basket...and she knows exactly when to pass the ball so that the team can win. And I'm doing that - keeping our eye on the ball that represents sound priorities - smaller government, energy independence, national security, freedom! And I know when it's time to pass the ball for victory."
Here Sean! 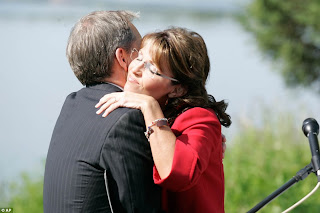 I really like what you have done with the place!!