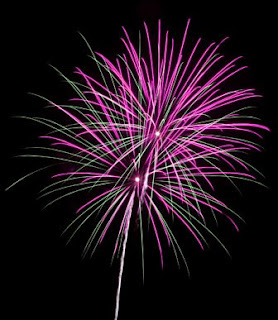 Sarah, I'll make you a deal. I'll donate money to SarahPac and you never scare me like that again. How does that sound?

Of course, I know it'll never happen. One thing you know when you jump on the bandwagon with Sarah is that there are bound to be a few twists and turns, so just hold on tight and have a little faith.

I don't know how your weekend went, but here's a rundown of mine:

Friday, around 2:00 in the afternoon, Central Time, my Aunt called me up.

Aunt: "Are you watching Fox News?"
Me: "No."
Aunt: "Sarah's going to make some sort of announcement."
Me. "Thanks, bye!" (Rush to the TV, make sure I'm taping it, turn on FoxNews and watch with a growing knot in my stomach as they speculate on her announcment.)

TV: "Sources say that she will not seek a second term."

Phew, okay. I can deal with that.

TV: "Wait a minute, now sources say that she may be resigning."

At this juncture the knots turned into sailboats and a panic attack nearly came on. (I'm exagerrating, but only slightly.)

And then as confirmation came down that she was in fact resigning, the anger began to seep in, not at her, but at a system that would destroy such a good person. There were whispered vows to carry on in her name and an image of saluting a fallen general.

And then Fox News finally got the tape of her speech.

I should have learned by now to never take the media's word for anything when it comes to Sarah Palin. As I listened to her speak, the knot in my stomach began to slowly untie itself. I realized that she was not quitting; she was saying, "Forget the frying pan, show me the fire!"

We've all heard the cliches by now:

"She declared her independence."
"She has crossed the Rubicon, etc..."

Cliches they may be, but they're true.

This was an amazing act of courage, faith, and yes, even selflessness. I believe that she truly loves Alaska, and if you think for one minute that this was an easy decision for her to make, you're insane.

And just a sidenote here, don't think for one minute that she hasn't set Alaska up beautifully through this. How? Allow me to explain:

1. She has handed things off to people who share her exact same vision and who are loyal to her, so policy-wise nothing will really change.

2. She has taken the partisan political heat off the state that was directed at her and was rubbing off on the taxpayers.

3. She has set up Parnell and Campbell (both excellent guys who love her to death) as incumbents for the next election, thus avoiding a 2010 free-for-all in the state.

4. As she pursues her national voice she will continue to push for things like ANWR development and off-shore drilling.

She did Alaskans a huge favor on Friday, though many don't even know it yet.

Her critics are celebrating her demise and the political pundits are spinning as fast as they can the idea that she'll never be able to come back from this.

Let the Beltway Boys say she's done and let the critics think they've won, but something shifted on July 3rd, 2009. Sarah Palin threw down the gauntlet, and a new chapter began.

She burned her bridges. She can't go back now. Nowhere to go but forward. And I say, "Bring it on!"

You have Governor Palin pegged perfectly! I'm enjoying reading your posts both here and at C4P :)

Thanks, Piney. It's nice to know somebody's listening.