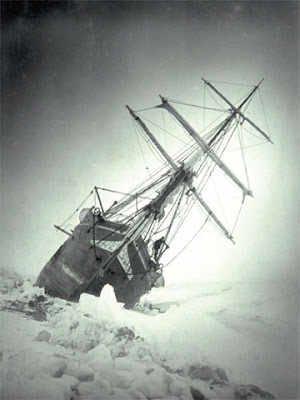 An article on the Taliban Rising:

Everything I Need to Know About Sarah Palin, I Learned From Sir Ernest Shackleton:

On July 3rd, 2009, Sarah Palin resigned as Governor of Alaska, and nailed the following sign to her door:

This, the most famous newspaper advertisement ever penned, placed its original author, Sir Ernest Shackleton, in the position of having to select the crew for an Antarctic expedition from among the 5,000 men the ad brought to his office. Comparing Sara Palin to the greatest explorer in history might appear to stretch the limits of metaphorical license, even for an Irishwoman given to hyperbole. I contend, however, that it pales when compared to likening a revolutionary idealist with two weeks of Presidential experience, to Mahatma Gandhi, Mother Theresa, or Dr. Martin Luther King Jr. I believe that Sarah Palin, will be the next President of the United States, and that the secret to her success can, oddly enough, be found in characteristics she shares with one of the greatest Explorers of modern history, Sir Ernest Shackleton.
On December 5th, 1914, Sir Ernest Shackleton set sail for the Weddell Sea in a ship that was fate-temptingly named, “Endurance.” Having participated in two unsuccessful expeditions to reach the South Pole, the immortal British explorer was returning to the land of ice that he loved in order to traverse Antarctica. Though Shackleton would not ultimately accomplish the crossing of the frozen continent, his Imperial Trans-Antarctic Expedition, would honor the parchment of history with some of the most awe-inspiring events ever recorded. The Endurance, belying her proud name, fell victim to the treacherous ice floes that clawed their way earlier and further north than usual. After weeks aboard the ice-encased ship, Shackleton gave the order to abandon Her, and the crew established camp on the ice. They watched in anguish as their only means of returning home was finally crushed and sought its place in the graveyard of the sea.
Having presided over the funeral of his ship, Shackleton addressed his crew, “Men, since our ship and supplies are gone, I suggest we go home.” The evident absurdity of this proposal was apparent to all, and perhaps to the “boss” himself. But, ice, freezing temperatures, lack of provisions, impending winter, and absence of transportation, were just logistical details to be navigated. Shackleton’s men trusted him implicitly. They instinctively perceived that elusive quality we rarely apprehend in our fellow man, that combination of sound judgment, courage, moral rectitude, and empathy, that are the unmistakable elements of a true leader. 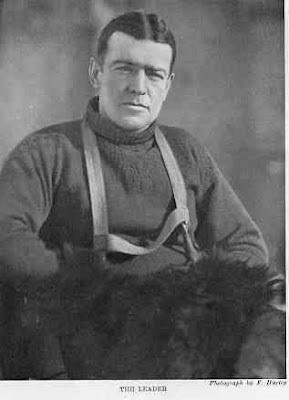 Shackleton determined that he was “not going to let his men bloody die.” Having made their rescue, and no longer a stroll across Antarctica, his unique goal, the minor trifle that his endeavor was hopelessly unattainable was simply not worthy of consideration. The crew of the Endurance lived on the ice for four months, spent five days rowing three small lifeboats across the open ocean, and set up camp on Elephant Island, a small cluster of rock and thin beach. Knowing that his men would never be rescued from Elephant Island, Shackleton set out in one of the life boats with four other men, in a desperate and utterly ludicrous attempt to reach South Georgia. For fifteen days, five virtually frozen, starved men rowed preposterously towards a speck on the map.

No one could actually survive in a lifeboat for two weeks on the frozen ocean. Nor could they land on a speck, and undertake thirty-five hours of highly technical mountain climbing and hiking, before reaching the South Georgian whalers. Even if such mythology could come true, one could not arrange, in the middle of winter and a war, a successful rescue of the men left on Elephant Island who, by any sane estimation, must have long passed to a warmer world (hopefully, a world not too much the warmer!)
But you see, Shackleton had decided that not a single man in his care would die, so his certain failure, at any stage of this breathtaking mission was simply never a factor in his calculations. Shackleton did arrive at the whaling station, he did return to Elephant Island, and “he did not let a single man bloody die.” The crew of the Endurance would have undoubtedly perished on the ice of Antarctica, were it not for the leadership of Sir Ernest Shackleton. I sincerely believe that Sarah Palin possesses those same characteristics and that she will press forward, ignoring obstacles, inspiring her supporters and, as President, not let the Country “bloody die.” 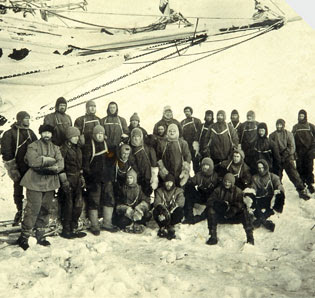 It is obvious that the election of Sarah Palin as the next President is absolutely impossible. Not only is she consistently attacked and misrepresented in the media and by the majority of “opinion makers,” but even in the Republican Party, her own ship, she is considered something of an Jonah, better to be thrown to the sea. The Endurance is a perfect image of Sarah’s political career, as it sank beneath the weight of external belligerence and the unrelenting, grinding pressure of her opponents. Her prospects were also mangled by the internal betrayal of former supporters and promoters because of their desperate need to pin their own failures on a woman they underestimated and deemed expendable. Like Sir Ernest, one can literally picture Sarah surveying the wreckage, and it is precisely in this moment that we see her leadership emerge. 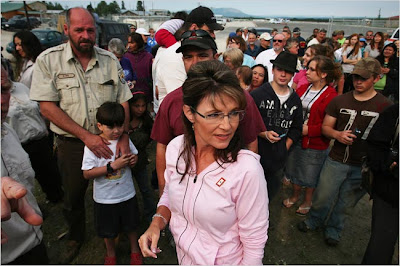 Sarah knows what the “Tea Party Patriots” know. Only a real conservative will reach the harbor of the White House, if there is to be a new administration in 2012. The concepts of love of God, love of Country, love of family, love or our troops and commitment the War on Terror, fearless denunciation of Communist China’s human-rights violations, faith in our free-market, faith in American self-reliance and independence were not “slogans” she used to get a job in Washington, but deeply held personal values. These values are the future of our country. Sarah, without a moment wasted on disdain for those who tell her that her endeavor to bring these values to the White House is futile, has already started dragging the lifeboats of American conservative principles across the frozen wasteland of a triumphant Marxist administration, and her own virtually-emasculated Party that wants nothing to do with her cargo of gritty, Reagan conservatism.
When the ice disintegrates, that is, when the last remnants of support from the GOB (Good Old Boys Party) finally abandon her, Sarah will put to sea in her boats and go on alone, alone, that is, with those millions and millions of supporters who were brought by her, in 2008, from a state of near despondency, to a storm of enthusiasm, the expression of which shocked the Nation and eclipsed the vapid haranguing of the opposition. Sir Ernest’s conviction that he would not fail was so clear and strong, that his men believed that he would bring them home. The crew also loved and followed Shackleton because they saw that he was one of them, that he shared their sufferings and their hard work.
One day during the campaign, Sarah got off the bus, went into Wal-Mart and bought store-brand diapers and a toy for her little boy with Downs Syndrome. I compare this to Michelle Obama, in numerous Antoinettian vignettes, wearing five hundred dollar sneakers to serve soup, shutting down the Beltway to put organic lettuce in her market-basket, and donning a New York fashion-week belt to commiserate with women who could not afford Tylenol for their children. While the elites wrote Sarah off as unsophisticated, the ordinary people reveled in her leading by example, sensing a simple life that embodied her spoken principles. 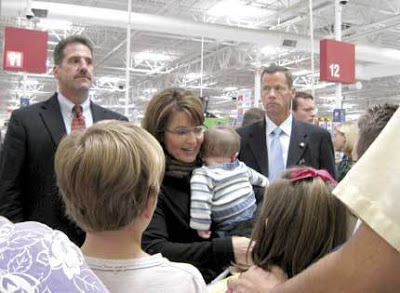 It is impossible that any political figure can withstand the battering from elements, both external and internal, that Sarah Palin has endured, yet unlike Shackleton’s ship, she remains. Like Sir Ernest, she continues, she follows her own compass. I am looking forward with veritable glee to the next months. Constantly given up for lost, she will continue the “hazardous journey.” Fellow Republicans will look, not only to GM (Goebbels Media,) but to their own moth-eaten, comfortable Admirals, back in the officers’ club, and shake their heads at her “doubtful safe return.” They will have their wigs powered and raise money for both the plastic and the absurd chameleons we, a dozen times, cringed to call “leader,” and only tolerated as the lesser of two evils. At their rallies, all two hundred compromisers will take a pinch of snuff and congratulate themselves that they have someone that will not upset the independents and the moderates.
Meanwhile, the people will answer Sarah’s advertisement and sign on for the “hazardous journey.” She will continue to draw thousands of willing “crew members”, as she did during the 2008 Campaign, when venues needed to be enlarged to accommodate those who wished to express their support for all she represented. Of course, we hope that the leaders of the GOB will get off the ice before it is too late. Hopefully they will not be left behind to sink into the oblivion of history because of petty jealousy or because they were so ignorant of what the “Tea Party Radicals,” truly want. It will be good if they have enough love of country to leave their personal effects at camp, get on board and help row.
“As for the honor and recognition in case of success,” the only honor and recognition we hope for, in supporting this intrepid woman, is that of our children and all those who will benefit, because of Sarah Palin’s leadership, from the safe harbor of a truly free America.
Palin – Shackleton 2012.