Sick to Death of Death Panels 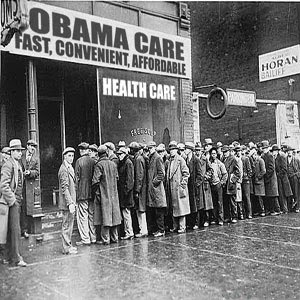 I don't know about you, but I'm sick to death of death panels. Not just the topic itself, but the continued mischaracterization of Sarah Palin's original statements. One Alaskan hockey mama's opinion of the healthcare bill grew legs of its own and has been a thorn in Obama's side ever since. While I would love to let it fester there and just move on, the topic keeps on rearing its controversial head, and so I must address some of the latest developments.

The partisan and misleading speech that President Obama delivered to a joint session of Congress last week revealed the president's preferences--more government mandates, regulations, and taxes--when it comes to refashioning the American health care system....Why do more Americans disapprove than approve of the president's approach to health care? Why did Obama's approval rating drop steadily--among independents, precipitously--throughout the summer?

The answer, he said, is "all the misinformation that's been spread over the past few months." There is no legitimate basis for opposition. There are only lies. "Americans have grown nervous about reform," the president continued. "Prominent politicians" whose "only agenda is to kill reform at any cost" have spread "bogus claims" about his health care plan, scaring a gullible public into disapproval. For example.....the idea that "we plan to set up panels of bureaucrats with the power to kill off senior citizens" is a "lie"....."If you misrepresent what's in this plan," Obama said, "we will call you out."..... 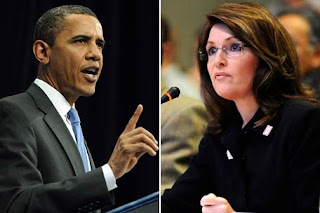 The president was correct when he said that his proposals do not include "panels of bureaucrats with the power to kill off senior citizens." But that is not quite what the "prominent politician" was saying when she wrote, Democratic health care proposals would lead to rationed care; that the sick, the elderly, and the disabled would suffer the most under such rationing; and that under such a system these "unproductive" members of society could face the prospect of government bureaucrats determining whether they deserve health care."

Indeed, in his speech last week Obama said himself that his plan will "eliminate" the "hundreds of billions of dollars in waste and fraud" in Medicare and "create an independent commission of doctors and medical experts"--a panel, if you will--"charged with identifying more waste in the years ahead." It is no stretch of the imagination to think that one man's "waste" might one day turn out to be a senior citizen's preferred medical treatment.

Like it or not, Sarah Palin is making an argument about the possible tradeoffs and unintended consequences of Obamacare. Hers is an extrapolation based on an analysis of the facts. It is not a "lie," unless "lie" suddenly means "an argument with which I disagree."

I must point out that Matthew Continetti said there were no death panels in terms of bureaucrats deciding who lives and who dies, and then went on to highlight one said panel, but no matter.

I also have to include a conversation on C4P:

Doug Brady: "Are you not familiar with the term "metaphor"? When Winston Churchill talked about the "iron curtain", he didn't mean there was an actual two thousand mile long curtain made of iron. You are aware of that, right?Was Churchill wrong too?"

Uffda: "Okay, one more time....Death panels is a term. Get it? A TERM. She put it in quotation marks, for Pete's sake. Doug's analogy of the Iron Curtain is right on. I can just see the media today: "Who is this loon? He thinks there's a curtain made of iron? Liar!"

Uffda: (My spin on what the AP might have said if Churchill were alive today) "The AP: "Churchill's Iron Curtain remarks which have been widely debunked by members of his own party, for some reason still seem to resonate with many Americans...."

Narciso: "It's an interesting comparison, Churchill had been out of national office, for a year, roughly when he remarked about the Iron Curtain. Most of foreign policy was still organized under the aegis of theUS/Soviet rapprochement. It was probably considered unnecessarily provocative for many, yet he was ultimately right."

Uffda: "Here was the actual reaction to the iron curtain remark: "At first, many countries in the West widely condemned the speech. Much of the Western public still regarded the Soviet Union as close allies, in context of the recent defeat of Nazi Germany and Japan. Many saw Churchill's speech as warmongering and unnecessary. In light of the now public Soviet archives, many historians have now revised their opinions." Notice that many historians have now revised their opinions. Hmmm.... perhaps the past will repeat itself?"
2. The new defense: Palin introduced her own death panels!

Now, I would like to point out that end-of-life decisions are a separate topic and I have no problem with those things being addressed. It's not "end of life counseling" that I have a problem with, it's the idea of it being tied to a big government structure that has to keep down costs and that has philosophies like those of Ezekiel Emanuel. It's the unintended consequences. When it comes to life and death, are we not better off safe than sorry?

Anyway, Axlerod went on Bill O'Reilly after Obama addressed the joint session of Congress and said that Palin herself set up death panels. Palin's response on Facebook:

"Last year, I issued a proclamation for “Healthcare Decisions Day.” The proclamation sought to increase the public’s knowledge about creating living wills and establishing powers of attorney. There was no incentive to choose one option over another. There was certainly no financial incentive for physicians to push anything. In fact, the proclamation explicitly called on medical professionals and lawyers “to volunteer their time and efforts” to provide information to the public.Comparing the “Healthcare Decisions Day” proclamation to Section 1233 of HR 3200 is ridiculous. The two are like apples and oranges. The attempt to link the two shows how desperate the proponents of nationalized health care are to shift the debate away from the disturbing details of their bill."

“The Healthcare Day proclamation did not evaluate whether your life is worth surgery, a pill, or maybe even death,” a possible result of Portland’s provision, Palin spokesperson Meghan Stapleton told KGW. "Gov. Palin signed a proclamation raising awareness on an issue, asking knowledgeable Alaskans to volunteer their time to help fellow Alaskans with answering any questions they may have on end-of-life issues," she added."

Again, I say the problem is not being informed on living wills and other end of life issues, the problem is having those things attached to a big government bureaucracy that's running low on resources and could be tempted to see people in terms of dollar signs and not their intrinsic value as human beings, kinda like the baby in England that doctors refused to treat simply because he didn't fall into their NHS mandated guidelines of a child worth saving. Do we have problems in our healthcare system? Yes. Mostly in terms of affordability. But not being able to afford care or going into debt to pay for it is not the same as the government telling you point blank you cannot have it. With one you'll most likely get the care anyway, we just have to find a way to pay for it. With the other you won't get it period, whether you can pay for it or not.
3. Out of desperation, some Obama-zombies are trying to make the case that death panels are a good thing.

Hey, if you can't convince people you weren't really trying to kill somebody, convince them that killing the person is the right thing to do.

Again, I say they're missing the point, like in this Newsweek article. It's not about whether or not you want to be resuscitated, it's about putting the government in a position of having too much power to the point where you won't be resuscitated whether you want to be or not. It's not about choosing palliative care, it's about getting to a point where you have to take it whether you want it or not. It's not a debate about end of life issues themselves, it's that those issues should be nowhere near Washington, D.C. Either they're evading the issue, or they really don't understand the problem we have with this aspect of the bill in the first place. 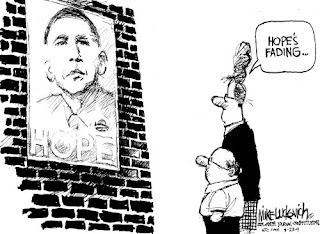