The GOP Greets it's Star 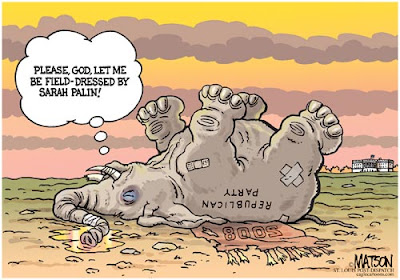 "A late attempt to have her speak at the dinner fell through when organizers feared she might upstage Gingrich, the onetime House speaker...."

Of course she would upstage him. Was there ever any doubt?

"When Palin and her husband, Todd, sauntered across the stage with Gingrich and his wife, Callista, shortly before the program commenced, their appearance was met with cheers from the audience of 2,000 party loyalists....

"During a break in the program for dinner, Republicans clustered around the former vice presidential nominee's table near the front of the ballroom, eager to meet the governor and pose for pictures...." 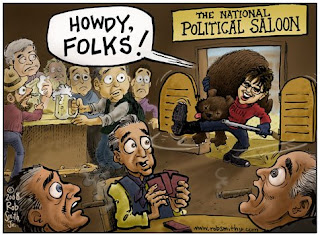 This is funny as hell

hey, who are you or whatare you?

Thought I recognized your blogger name from C4P. If not, my bad.

I second that viva.