When all else fails drag out the "She's a bad mother!" meme.

I see that some lady over at the HuffPo who apparently finds it difficult to balance her private and professional life and therefore sees anyone who can as being evil, has penned a piece slamming Bristol for doing DWTS. She's so obviously neglecting Tripp by doing this.

Ironically, that stupid article comes out at virtually the same time that an issue of In Touch hits the stands (yes, I sold my soul again and bought another tabloid) with a Bristol Palin interview that focuses on single motherhood. 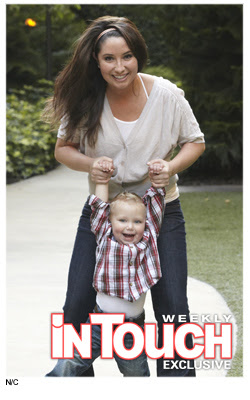 Part of the article:

Bristol Palin... [is] clearly a natural when it comes to her most important job: being a good mother to 21-month-old Tripp. While a makeup artist dusts shadow above her sparkling brown eyes....Bristol cuddles her son and coaxes him to sip his juice. "You were thirsty!" she exclaims to the blonde-haired, beaming boy who claps and shouts "Mama!" as he finishes his drink.

The latest round of rumors (that Bristol would rather focus on fame than on spending time with her son) are far from true. "It's a made-up story by people who know that it's going to sting," Bristol fumes. "I'm with Tripp every day. I'm a working single mom."

"It's a juggling act for sure," she says.... I have full physical custody and he's with me 99.9% of the time.... [While in LA for DWTS] We went to a Dodgers game...and I took him to the pier yesterday. It was the first time he's ever been on a beach, so he was freaking out about the sand."

And Tripp has evidently been watching Grandpa, 'cause in addition to his hockey sticks and other boyish things, he has a baby doll.

"It just cracks me up," Bristol says. "I never thought he'd want to pat a baby on the back."

That's all I'll post. You'll have to go buy it if you want the cute pics and stuff.

As for the Puff Piece, it includes such gems as:

I read she [Sarah] flew home from a Republican Governors Association in Texas, an 8-9 hour flight, to deliver Trig after going into pre-term labor....Perhaps bearing him in Alaska would prevent future "Birther" questions when he runs for governor?

Yeeeah. Does she really need to be smacked down? She pretty much makes a fool out of herself.

She seems to take issue with the idea that the Palin girls are "supermoms" which I find odd since neither one of them claim to be. Bristol says it's a juggling act and a lot of work. Sarah says there's no way she could do all she does without the help of her family. I mean, she's got a full-time Dad at home, ya know.

It doesn't even make sense on the surface. Back home, Bristol worked a 9-5 job. She gets off practice for DWTS at 3. She's probably spending about the same amount of time with Tripp now as she did when she was in Alaska. Or more. Bristol's "celebrity" status probably allows her to spend more time with her son than the average single mom, so the whole argument is just ridiculous.
2 comments:

One More... Bristol and Mark on the Bob and Mark Show

Okay, one last post and then I am gone, baby.

Bristol and Mark called into the Bob and Mark Show this morning:

Well, it's that time of "day." When I'm up and most everyone else has turned off the computer and settled in for a good night's sleep. (Sigh) And I'm bored.

So I figured I'd throw up a blog post. I haven't done much on here lately. What to talk about...

Found a couple cute pics the other day. I've seen one before, but a smaller version. 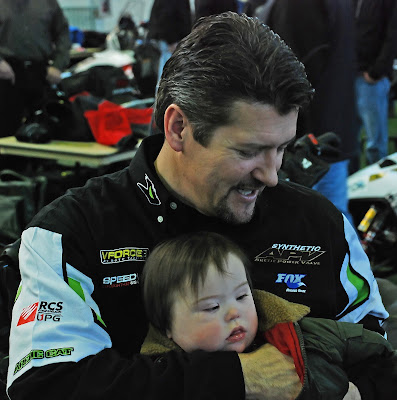 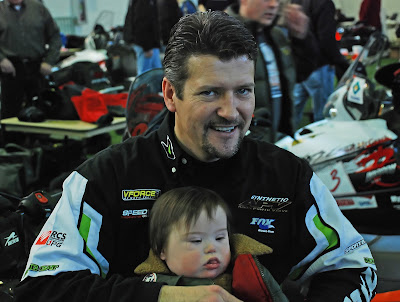 Still working on the Todd e-mails. I'm almost done with that project. I literally have at least four projects going on, at least two of which nobody knows about. Yeah. My brain is computer-fried.

I'm going to take a few days off. Probably be back on Friday or Saturday. I need to step back and go do something else for a little while. Recharge.

Okay, I'm going to leave you alone now. I'll post something that's actually worth posting after I've actually had some sleep. See y'all later.

(In honor of Christine O'Donnell) -

Todd Palin at the Gathering of the Eagles

Todd dropped by this event the other day. The guy who made the video made a slight typo. I'm sure you'll catch it. ;)