She said a lot more about it than this, but 14 minutes should be more than enough for you to get the idea. Again, please sign up over at Tammy Bruce's website if you haven't already to get hours of commercial-free commentary:

Tara Wall: Dr. Laura Boldly Went Where No One but the Hypocritical Black Elite Can Boldly Go

Dr. Laura Schlessinger boldly went where no one but the hypocritical black elite can boldly go. For that, she deserves respect, not ridicule.

While the good doctor used a word so forbidden that it has been relegated to rappers and street slingers, she brought attention to an issue worth addressing once and for all. It’s talked about in beauty salons, barbershops, urban radio shows and at black family reunions. But not out loud.

She may not be the “right” messenger for some. But it’s about time someone other than self-righteous finger-pointing liberals brought this issue out into the open.

Most blacks I know loathe the n-word, no matter whose mouth it comes from — Dr. Laura’s or Lil’ Wayne’s. It makes most of us cringe whether we know people who use it regularly or not — we all wish it would go down as fast as beltless baggy pants in a cop chase. But no one would dare say, much less do, anything about it. It is far easier to demonize a little old white woman with a sharp tongue who makes no apologies for her candor (though she did in this case.)

Why is it permissible for blacks to call ourselves ni**as and then get indignant at the very thought that someone of a lighter hue even mouth the word negro? When will we get indignant about the fact that so many of us still use de-humanizing lazy slang as common-speak instead of calling a “brutha” or a “sista” by a more appropriate moniker? Sometimes, we’ll even give permission for a white person who has an urban sway to sing it or say it. But it’s generally off-limits.

So, why is it that anyone should be allowed to use the n-word? If, as the argument goes, it’s not acceptable for some, it shouldn’t be acceptable for anyone. And that is the point that Dr. Laura was trying to make. If her use of the word (over and over) got the public’s attention, well that was the point now, wasn’t it?

It’s ironic that the collective “we” spend so much time feigning outrage over a non-approved politically-incorrect person’s use of the n-word, without considering the context in which that person uttered it. Dr. Laura was bold enough to bring a very pertinent issue to the surface. Yet, as usual, all pundits (including some conservatives) and snake oil civil rights puppets can do is divert attention away from her point in order to make theirs. Even if you believe that Schlessinger is a racist, which no really believes, isn’t the point she made — that no one should be able to say the word ni**a — a valid one?

It is particularly hard for me, as a black person, to hear other blacks refer to themselves this way. I’m quite certain President Obama doesn’t drop the n-bomb with his Chi-town homeboys. Why is it that the black community allows blacks to refer to one another by such a degrading term? We don’t hear Hispanics calling one another “wetbacks” or white people referring to one another as “honkeys?” It is truly sad that this is the best we have to say about one another — and that we accept its use. That it is often used to show affection is no excuse.

Therein lies the problem with these racial paradoxes, which until now have either gone unaddressed or have been glossed over. Black, white, or brown — the example begins with each of us, individually. It’s time for the black and white liberal elite to stop making excuses and stop demonizing conservatives who dare to call the pot and kettle to the carpet.

It is ridiculous that airtime is wasted calling this woman a racist while actions of real racists (black and white) are ignored. We shouldn’t be having useless discussions over the punishment of an otherwise highly-respected expert who has the audacity to call it like it is.

Racism is not the mere mention of a word deemed taboo. It is a behavior of the heart. Instead of banishing Dr. Laura, we should be banishing the n-word. Stop giving it more power than it deserves.
No comments:

I just had to laugh at the latest "scandal." According to a little piggie, Sarah rolled her eyes at Todd when Joe Biden cracked a dumb joke during the Ted Stevens funeral.

Thank goodness. I'd be worried if she thought something that stupid was funny.

I'd never make it in politics. I'm forever rolling my eyes at the stupid things people say. For instance, I just rolled my eyes at the little piggie.
1 comment:

There were once two soldiers. One soldier was always yapping about the other in a self-righteous manner, pointing out every flaw and sanctimoniously declaring what he thought his colleague should do about it. The soldier on the receiving end paid the yapper no heed; he just kept marching on.

One day in the heat of battle, the yapper, through his own stupidity, got himself caught in a trap. His army continued to fall back to their own lines, heedless of his plight. The yapper was not very well-liked and it was his own fault he was trapped there. Nobody spared a second thought for the guy as the enemy closed in around him. No one would think of putting his own safety at risk by throwing himself in front of enemy fire to pull that brat out of a trap he'd practically laid for himself.

Then, to the astonishment of everyone, the soldier whom the yapper had derided sped back across no-man's-land. At the last second, he cut the yapper free and began pulling him back to their own line, firing at the enemy in the process. In so doing he put himself in front of the same enemy fire that had been reserved for the yapper.

How does the story end? I guess we'll find out.
No comments:

And Greta posted more pics over at Gretawire: 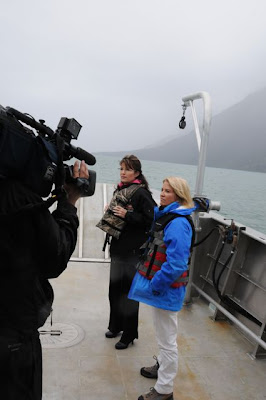 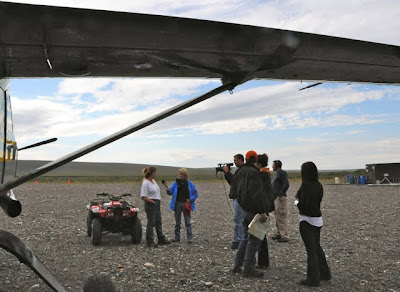 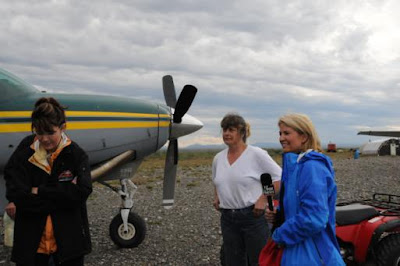 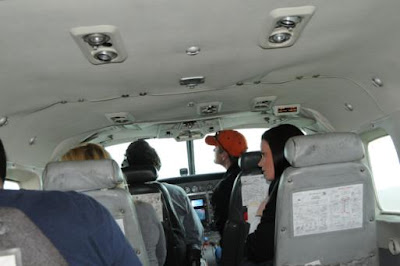 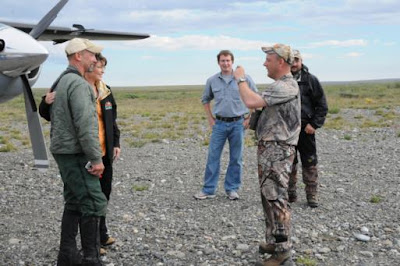 Bob and Mark: Reagan Responds to the Obama Administration 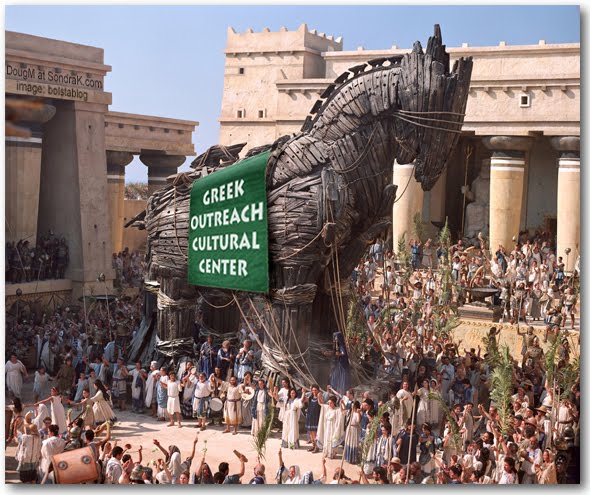 Mercede Doubles Down on Stupid - UPDATE

That's pretty much all I have to say. Levi's sister is just an idiot if there ever was one.

The difference between private FB accounts and public blogs still seems to escape her.

UPDATE - I guess she doesn't care too much about seeing her nephew.

"But meanie Bristol says bad things about Mercede on her FB page!"

You can check out the actual Levi/Bristol custody agreement at Radar Online. You'll have to download the PDF file.

Goes on to say that Bristol is basically responsible for Tripp's finances, claiming his dividend check, paying taxes on the check, operating his 529 college fund, etc...

Standard stuff. $72,000 base income for now. Will adjust if circumstances change.

Here's the part everyone's talking about:

Maybe Obama doesn't have a problem with this. After all, his church had Hamas articles printed in its church bulletin.

Remember, the Imam behind this mosque that our State Department has sent out on tour on TAXPAYER MONEY has refused to condemn Hamas.


Boy, this guy sure had Obama pegged. Remember, he's a liberal Democrat. Starting at 3:25:

I am so annoyed today, and I don't even know why. I'm trying to control it, but any little thing could set me off at any moment. It may have something to do with one of the machines at work being incredibly stupid. I was having visions of Office Space.


Not even the news that Palin's going to be on Greta for two nights taking her on a tour of Alaska was enough to cheer me up longer than five minutes.