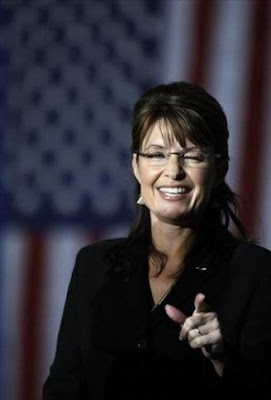 2. Sarah Palin can believe its not butter.

3. Sarah Palin isn’t allowed to wield the gavel at the convention because they’re afraid she’ll use it to kill liberals.

4. Sarah Palin tried out for the NFL but the players kept complaining that she played too rough.

5. China once bordered the United States, until Sarah Palin told them to back off.

6. Sarah Palin once carved a perfect likeness of the Mona Lisa in a block of ice using only her teeth.