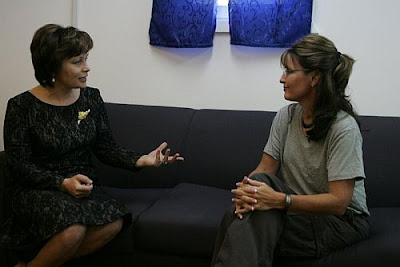 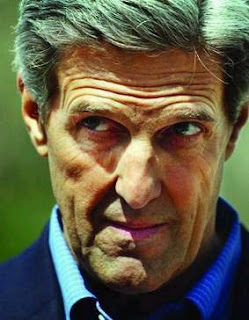 "Senator John Kerry makes this joke..I don't know if you saw this...but he makes this joke saying 'Well, shoot, of all the governors in the nation to disappear, too bad it couldn't have been that Governor from Alaska.'
"Well, when he said it he looked quite frustrated, and he looked so sad, and I just wanted to reach out to the TV and say "John Kerry, why the long face?"
- Sarah Palin hits back!
No comments: 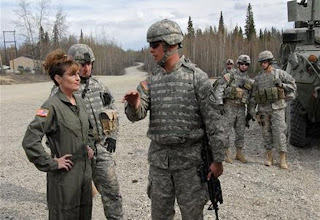 The Governor is in Kosovo and possibly other places. We'll know the full scoop after the trip is over.

Video of a speech she made to troops here.

Here's her trip in her own words via Twitter:

June 23 - "Got Fed ok for Adjutant Gen Campbell, Command Sgt Major Choate and me to travel to our Ak Army Natl Guard troops on Wed. Glad to go to them."

June 24 - "Travel now to bring appreciation from their Alaska family & Natl Guard leadership to heroes in US European Command's area of responsibility."

June 25 - "So humbling to see our troops over here making great sacrifices (their family sacrifices, too) for the cause for freedom. Please honor them."

June 26 - "Spoke to Task Force Falcon this morn + 100's of troops from throughout US, & allies; audience of true heroes who sacrifice much for freedom."

June 26 - "Why U.S. peace missions for freedom? "America is still the abiding alternative to tyranny. That is our purpose in the world." Ronald Reagan."

June 26 - "More Reagan "Freedom's never more than 1 generation away from extinction We didn't pass it to children in bloodstream it must be fought for."

June 27 - "LtGen Campbell & I now n Germany=visit wounded warriors seek to do more to help these deserving patriots than mere visit they sacrifice much."

June 27 - "To grasp the caring, sweet spirit of medical team @ Landstuhl will change your life. They serve, along w troops, something greater than self."

June 27 - "Sacrificial soldiers who fought for freedom put it all in perspective: time/resources wasted on pettiness is futile- ask what really matters."

And that's it for now. I'll add the rest after they've come in.

The Speech Obama Should've Given 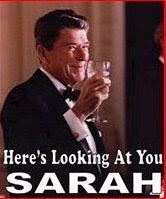 Remember during the 2008 campaign when there was a dust-up over Palin and Clinton and an anti-Iran rally?

This recent Iran fiasco had me asking, "Oh, Reagan, where art thou?"
(sigh) Oh, whew! There you are! 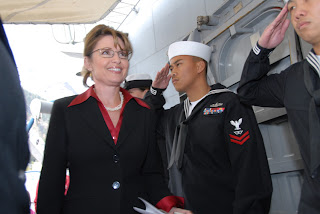 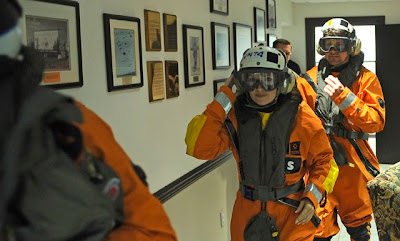 Sarah and Todd board USS Stennis in Alaska
No comments: 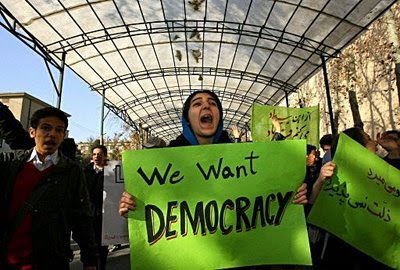 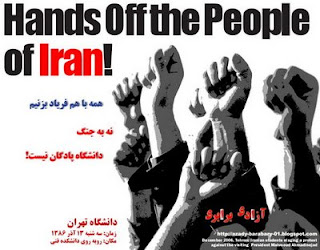 There comes a time to take a stand.

Now, don't get me wrong, I'm an isolationist by nature.

I would like nothing better than for us to just go about our American lives and to let other countries go about theirs.

But the red blood in me also courses to the beat of freedom, and I sympathize greatly with the people on the streets of Iran who are fighting for some freedom of their own.

So, although my knee-jerk reaction is to just let them sort it out themselves, the American in me longs to help a fellow freedom-fighter obtain the blessings I have known.

Apparently that hasn't really kicked in for Obama yet.

He did (finally) utter a couple of sentences offering some weak support to freedom-lovers and some puppy-dog pleas for Iran to play nice....

And, that's about it.

Talk about passing up a golden opportunity.

Now, I can understand why the President would be cautious to not rub Iran the wrong way. It's a powder-keg over there; handle with extreme care.

But it apparently hasn't occurred to our fearless leader that the Iranian government is going to hate us whether we rub them the wrong way or not. So we might as well just pick a side and get it over with.

If we take a stand now, we have a much better chance of actually being able to follow through than if we wait until the rebellion is crushed.

Now, I'm not saying that we have to get involved militarily.

And the absolute worst thing we could do would be to send a signal that we would back up the rioters militarily and then not follow through (Bay of Pigs.....).

Speaking of the Bay of Pigs, I can't help but think of how different things might be in Cuba today if Kennedy hadn't gone chicken at the last minute...

Does anybody else sense WWIII coming on?

We've got at least two fronts lined up: Iran and North Korea. Not sure who number three to complete the new Axis of Evil will be, but I'm sure we'll find out.

Something's brewing, that's for sure.

On the eve of the singing tea kettle, the last thing we need is a Neville Chamberlain to run around trying to hold Hitler to some kind of agreement and yelling, "Peace in our time!"

The fact is, there is absolute truth. There is right and wrong, and what the Iranian government stands for is wrong. Would you please just say it?

There comes a time when we just have to stand by what is right and let the chips fall where they may.

I seem to recall when a fledging string of colonies set out on only a wing and a prayer to win their own freedom, not knowing what the outcome would be:

"They tell us, sir, that we are weak; unable to cope with so formidable an adversary. But when shall we be stronger? Will it be the next week, or the next year? Will it be when we are totally disarmed, and when a British guard shall be stationed in every house?

"Shall we gather strength by irresolution and inaction? Shall we acquire the means of effectual resistance by lying supinely on our backs and hugging the delusive phantom of hope, until our enemies shall have bound us hand and foot?

"Sir, we are not weak if we make a proper use of those means which the God of nature hath placed in our power. The millions of people, armed in the holy cause of liberty, and in such a country as that which we possess, are invincible by any force which our enemy can send against us.

"There is no retreat but in submission and slavery! Our chains are forged! Their clanking may be heard on the plains of Boston! The war is inevitable -- and let it come! I repeat it, sir, let it come!" 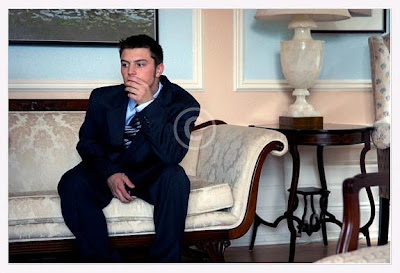 Track Palin waits for picture-taking after his Mom's Inauguration.
Please remember him and all of our military personnel
in your prayers today.
No comments: