Bristol was on the Bob and Mark show yesterday morning. She addresses the "Tea Party votes are keeping her on!" thing at the end:

Oh, and she made it by the way. Kurt Warner got the boot.
No comments:

Here are the latest three pics I could find, courtesy of Brittany at Team Sarah: 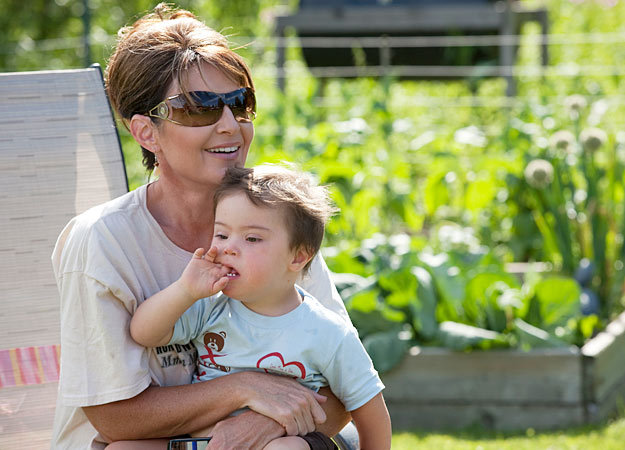 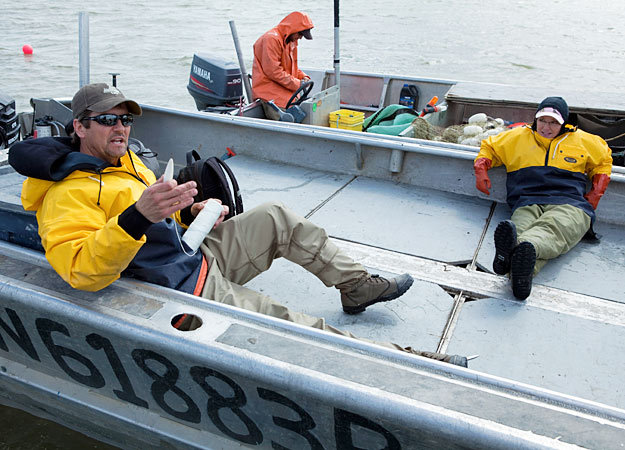 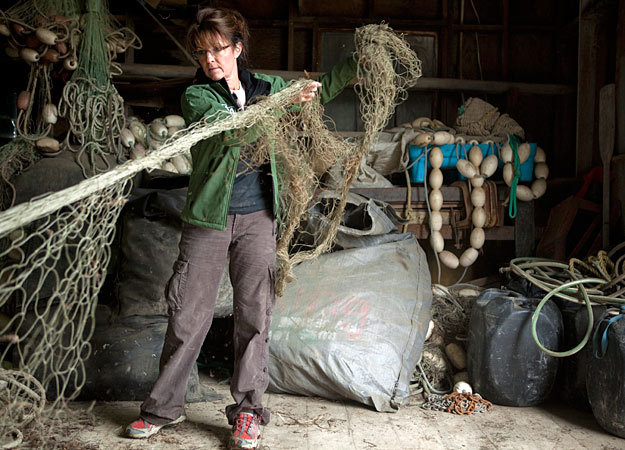 And some nice photoshop work too - 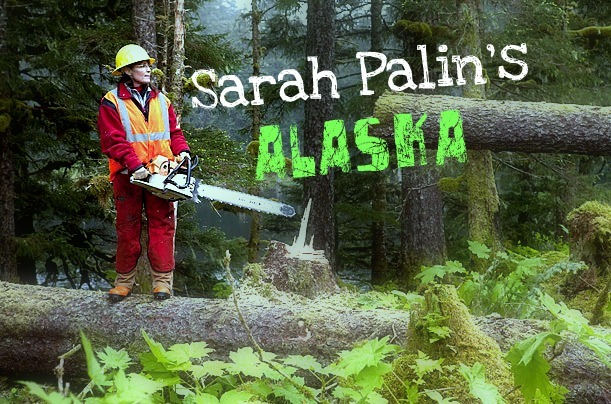 Not enough room to post 'em all, so here's a slideshow of what pics have surfaced so far.


Find more photos like this on Team Sarah
No comments:

Nancy Franklin (whoever that is) wrote a review of "Sarah Palin's Alaska" for the New Yorker. Take a moment to be impressed by the number of commas in the first sentence:

When it was announced, in the spring, that Sarah Palin would be making a reality show about Alaska, the state she grew up in and then, last year, blew off, by resigning the governorship, I’m sure I winced and groaned and rolled my eyes, before hanging my head, shaking it, and emitting a deep sigh, and then repeating the sequence several times.

Magnificent. Meghan McCain would be proud. I won't bother covering the entire article as its mostly Ms. Franklin trying to impress her audience with how very smart she thinks she is, but here are a few things that stuck out to me.

And what could Palin’s agenda possibly be? Supposedly, it was to show us the wonders of Alaska (the show is called “Sarah Palin’s Alaska,” after all), to acquaint us with the state’s resources and its people, and, to some extent, with her own family.

Well, you just answered your own question, Nancy. That's exactly what the show is about. To take the Lower 48 on a tour of Alaska and to give us some fun behind-the-scenes glimpses into the Palin's lives in the process. It's good, clean, family-friendly entertainment. The election's over. Can't we just forget all that for awhile? Relax and enjoy, Nancy. Just breathe... Apparently not.

Moreover, you might ask, how seriously will people take her as a political candidate—a Presidential candidate—once she has participated in a reality show? ....


But if Palin fails to win elective office in the future it probably won’t be because she did a reality show; it will be because of real-world reality—a shift in the political climate or a strong opponent.

Since the sitting President appears on reality shows, I don't think anybody really cares. Times are changin'. As for appearing "Presidential," this show isn't about that. If Palin wants to look Presidential she'll run for President and look that way. That's not the point of the show. Oh, sure, sometimes she'll say something political. She can't divorce herself entirely from that aspect of her life, but those moments are few and far between.

Why she thought that was a good idea, considering that she complained regularly about the media’s intrusion into her family life when she was John McCain’s running mate in 2008 (while, at the same time, frequently putting her children on display), is a mystery.

Actually, I recall her being upset when people would attack the kids. That's about it.

Palin has an interesting family background, which she describes in her book “Going Rogue,” and I was hoping that she might explore that, and that she might reveal something profound about her avowed love of nature. I’ve seen only one episode of the show so far, but I’m not optimistic. We do meet her parents, but nearly every other moment comes across as calculated—including, in the first episode, the absence of her daughter Bristol—and we find out nothing about Alaska that we didn’t learn in elementary school. I know that some Americans think Palin is stupid, but I never realized that she thinks we’re stupid.

Well, given some of what she heard in the 2008 campaign, I wouldn't be surprised if she thought the Lower 48 was completely ignorant when it comes to Alaska. At least Ms Franklin finds Palin's family background interesting.

Ms. Franklin's idea that the absence of Bristol from the first episode is somehow "calculated" is weird. Bristol is in the show, just not the first ep. They seem to have done the show largely on the fly; whoever was around or wanted to tag along went on the various adventures. Apparently Bristol wasn't available to go glacier-climbing. Odd thing for Ms. Franklin to even bring up.

And your play-by-play commentary is truly fascinating. I think I just fell asleep for a split second.

Next, we go to Denali National Park. This time, Palin’s sixteen-year-old, Willow, gets dragged along, but when weather forces the plane to turn back, and the Palins have to postpone for a day, Willow is allowed to beg off. (“My back hurts,” she says. Right. What probably hurts is that she’s stuck in this family.

Either Ms. Franklin has no kids or has never been a teenager herself. I used to beg off of things all the time, usually just so I could have the house to myself for a couple of hours. Why that's fun when you're a teenager, I don't know, but it is.

I can’t say what Palin is really up to with this show. She seems to want viewers to think that she’s conflicted about public life. She says that she’d “rather be doing this than in some stuffy old political office” and “a poor day of fishin’ beats even a great day of work.” In that spirit, I wish Palin many, many days—years—of fishin’, starting now.

"a poor day of fishin’ beats even a great day of work.."

I think my Dad has that bumper sticker.

You know, it is genuinely more fun to be out enjoying the great outdoors than it is to be cooped up inside pushing papers around. Try not to overthink this, Nancy.

You're a TV critic. It's your job to write Lefty, snarky pieces for the New Yorker. I get that. But, Nancy, if you're serious about this article, then I think you've forgotten how to just kick back and enjoy life. Relax, grab some popcorn, try to put aside your snark for an hour and watch it again. You'll enjoy it.
1 comment: