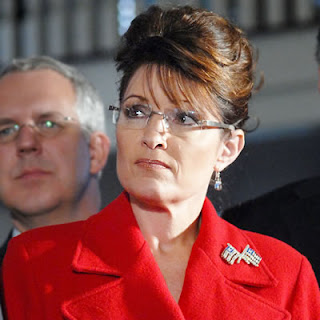 I have to say it's a risky move to pin your argument down to one section of the bill. That was the media's initial opportunity to take her statement, "fact-check" it, and say, "See! There's no mention of death panels!"

I kind of hope she broadens the argument into other arenas or other sections just so that the media will have a harder time pinning her down. Having said that, it's brilliant. She once again managed to instantly galvanize the whole discussion by going right for the throat and effectively accusing the bill of being a form of government murder.

Instant galvanization. Just like the David Letterman thing. Like Beck pointed out, she didn't just come out and say, "Leave my kids alone." She effectively said, "You're a dirty old man and your mindset contributes to the objectification of women in America. Apologize to all women." Like Joseph Livestro pointed out on C4P, she is framing the debate. Now, we need to be careful of the media's blinders when it comes to "fact-checking" her arguments.

Wisetrog on C4P said this: "The Dems tried to sidestep her argument by confining it to end of life arguments. She has responded to the end of life questions, she should move on and bring the debate to her turf which is rationing. She should expand on her last point and make it a debate about rationing."

I agree. Sarah started with the end result. Now it's time to unravel the rest of the thread. And I suggest doing it before the media has a chance to pick apart this latest post. Death panels are a result of rationing, rationing comes because there's too much demand and not enough supply, which will result because of these provisions in the bill, the cost, etc... and look at what's happened in other countries...

It's time to take the whole thing apart and kill it dead. Broaden the argument. She's gotta dance around. If she stays on the one point, they'll focus all their energy on discrediting or "fixing" that one point in the bill and then claiming it's all better.

All I'm saying is that the media was able to try and discredit her statements originally because she handed them just one section of the bill, which they then "fact-checked" and took her statement out of context (removed it from the rationing scenario) to say it just simply wasn't true and she's making stuff up. Perhaps a slight tactical error, but it doesn't really matter now: 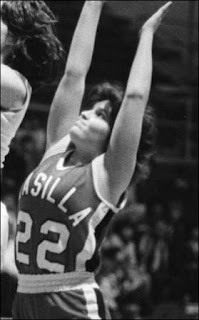 She shoots. She scores!

On Sarah's Victory in the Senate Version of the Bill:

One down, about 28 million to go. In an obvious win for Sarah Palin the Senate struck out the end of life counseling provision. Yay.

Forgive me for not celebrating too loudly, but this is nowhere near over. Broaden, broaden, broaden. Go read her latest Facebook post and you'll see that she's doing just that.

Sarah got at least one section fixed. My fear with this approach was that if they did strike it (which they did) they could then claim, "Look, we fixed it! Are you happy now?" Which is why even though Palin could keep on pressing that one section, she really needs to not make that her only topic of conversation (which she isn't) and she must now broaden quickly (which she is). She already set the stage for this in her reaction to it being struck, saying that it was just one part out of many that causes concern and focusing more on rationing. Good, good, good!

Remember a couple of other things too. First off, this isn't even the final version of the bill. The House passed theirs. The Senate struck this one provision. Later they'll go into committee and hammer out a whole new bill reconciling the differences of the House and Senate. Do you get my drift? We don't even have the final version of the bill yet, let alone a guarantee that anything struck out won't just be slipped back in.

Secondly, this one section doesn't really solve the problem of death panels. This one section was only a piece of that, and Palin's already brought that up. She's also now hammering on the rationing point now quite nicely. Good, good, good. The spending and the framework of a committee like Britain's NICE are just a few other pieces of the bill that will lead to rationing and therefore government bureaucrats handing out care selectively, i.e., death panels.

Whether the section that was struck out is in the final version of the bill or not doesn't really matter. The bill itself as a whole will cause a shortage, and then the American version of Britain's NICE committee will start the rationing, whether we try and convince old people to end of their lives or not.

I hate to be a gloomy Gus, but we cannot afford to rest on our laurels. If this thing passes, that's it. The intrusion of government into our lives will be practically irreversible. Once we become dependent on the government for not only our financial well-being but for our very lives, we are in their hip pocket for good.

So now I say, Sarah, broaden the debate, and in her latest Facebook post she already is. Good. This was not the end of the battle, it was merely the first shot. This was a demonstration of Palin's power to shape the debate and shake up Obama. She won the first advance. Now, on to the war.

P.S. I also want to see Sarah say something about the new FCC guy and his regulations that will destroy talk radio.