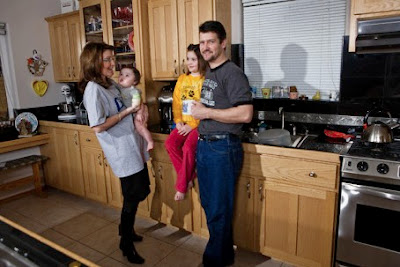 We are getting very, very close to Independence Day, in more ways than one.

Here's what Sarah Palin was up to about a year ago:

Wow. A year? Seems more like ten. So many rivers crossed since then.

Speaking of Independence Day, I'm sure that by now you've seen this video:

What some do not know, is that the verse that man sang is not the second verse of the Star Spangled Banner, but rather the fourth. Here are the two verses in the middle:

2 -
On the shore, dimly seen thro' the mist of the deep,
Where the foe's haughty host in dread silence reposes,
What is that which the breeze, o'er the towering steep.
As it fitfully blows, half conceals, half discloses?

Now it catches the gleam of the morning's first beam,
In full glory reflected, now shines on the stream
'Tis the star-spangled banner. Oh! long may it wave
O'er the land of the free and the home of the brave!

3-
And where is that band who so vauntingly swore
That the havoc of war and the battle's confusion
A home and a country should leave us no more?
Their blood has washed out their foul footstep's pollution.

No refuge could save the hireling and slave
From the terror of flight, or the gloom of the grave,
And the star-spangled banner in triumph doth wave
O'er the land of the free and the home of the brave.

An awesome video detailing the song's history is here.

"The thing that separates the American Christian from every other person on earth is the fact that he would rather die on his feet, than live on his knees!" -George Washington

"Heaven knows how to put a proper price upon its goods; and it would be strange indeed if so celestial an article as FREEDOM should not be highly rated." - Thomas Paine.

And, come on, ya gotta love Red Skelton:

Have a great day.

Videos -
These were right before I read my first ever political article, “Sarah crosses the Rubicon” so I haven’t seen them.

1. Sarah. “... probably get another ethics complaint....” I guess she’s always been fearless. I’m afraid (no pun intended) that we need her as president. Not mister “He's a great compromiser”.

2. Marine. When I heard that man sing I almost cried. What a patriot!

3. Red Skeleton. I usually don’t associate patriotic wisdom with national entertainers. This probably wouldn’t go over so well on a Letterman show today. This is how far we have fallen! Let conservative voices like ours, led by people like Sarah Palin, save our republic.

Thank you for the videos and all else you do.