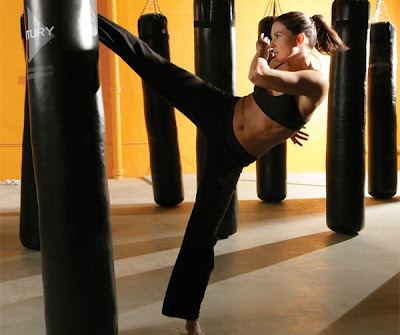 The Kickboxer in Chief leaves Obama dazed on the mat.

We’ve now seen three landslide Republican victories in three states that President Obama carried in 2008. From the tea parties to the town halls to the Massachusetts Miracle, Americans have tried to make their opposition to Washington’s big government agenda loud and clear. But the President has decided that this current discontent isn’t his fault, it’s ours. He seems to think we just don’t understand what’s going on because he hasn’t had the chance – in his 411 speeches and 158 interviews last year – to adequately explain his policies to us.

Instead of sensibly telling the American people, “I’m listening,” the president is saying, “Listen up, people!” This approach is precisely the reason people are upset with Washington. Americans understand the president’s policies. We just don’t agree with them. But the president has refused to shift focus and come around to the center from the far left. Instead he and his old campaign advisers are regrouping to put a new spin on the same old agenda for 2010.

Americans aren’t looking for more political strategists. We’re looking for real leadership that listens and delivers results. The president’s former campaign adviser is now calling on supporters to “get on the same page,” but what’s on that page? He claims that the president is “resolved” to “keep fighting for” his agenda, but we’ve already seen what that government-growth agenda involves, and frankly the hype doesn’t give us much hope.
Real health care reform requires a free market approach; real job creation involves incentivizing, not punishing, the job-creators; reining in the “big banks” means ending bailouts; and stopping “the undue influence of lobbyists” means not cutting deals with them behind closed doors.

Instead of real leadership, though, we’ve had broken promises and backroom deals. One of the worst: candidate Obama promised to go through the federal budget “with a scalpel,” but President Obama spent four times more than his predecessor. Want more?

More than anything, Americans were promised jobs, but the president’s stimulus package has failed to stem our rising unemployment rate. Maybe it was unfair to expect that an administration with so little private sector experience would understand something about job creation. How many Obama Administration officials have ever had to make a payroll or craft a business plan in the private sector? How many have had to worry about not having the resources to invest and expand?

The president’s big government policies have made hiring a new employee a difficult commitment for employers to make. Ask yourself if the Obama Administration has done anything to make it easier for employers to hire. Have they given us any reassurance that the president will keep taxes low and not impose expensive new regulations?

We understand you, Mr. President. We’ve listened to you again and again. We ask that you now listen to the American people.


That had all the punch of another speech. Hmmmm. What one was it?.....